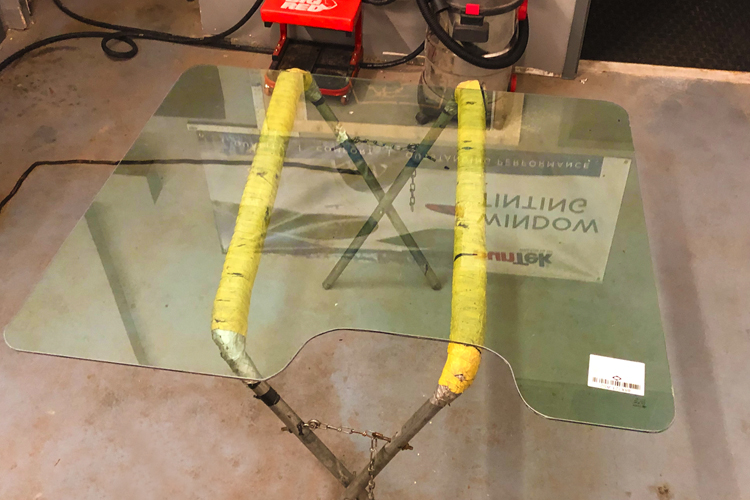 The minor chips or deformations in your windscreen can quickly grow into something much more significant, creating a health hazard to you and your family and almost ensuring an MOT failure in Ottawa.

It will require you to take proactive measures and make a significant investment in preventing windscreen damage. High-end car owners, such as those who own Audi, BMW, Aston Martin, Porsche, and Range Rover, are taking extra precautions to protect their vehicles, knowing that damage is costly to repair and can significantly reduce the value of their cars in today’s market. Compared to the cost of a replacement screen, the cost of the windscreen protection film is well worth it. Our products have been developed over many years and use technology similar to that found in leading paint protection film products, including rugged impact protection, scratch resistance, and self-healing properties. We also make products with removable layers, such as an F1 driver’s visor strip, which are applied on top of the most vital layer and ripped off. The advantages are that any minor damage to the film that may affect the view can be easily removed, and the layers can be restocked as needed. For taxis, chauffeurs, and long-distance drivers or truckers, these products can be precious and practical.

In terms of performance, design, and usability, paint protection film has reached its pinnacle. Window film companies have improved the film to meet many previously unmet expectations, such as thickness, flexibility, and transparency; however, that isn’t to say it can’t get better. Older versions of the film were known to yellow over time, but modern arrangements are designed to eliminate this flaw. The film is now more durable than ever, allowing it to adhere to a vehicle’s surface for years without causing paint damage. It guards your vehicle against minor abrasions that would otherwise scratch, dent, or scuff it. The most advanced films are even self-healing, which means that most scratches fade away over time. That’s something your factory paint job won’t be able to accomplish.

Our Windshield Protection film has such high optical clarity that it’s nearly impossible to tell it’s there once it’s installed. Because of these characteristics, you can use it for windshield coverage in states and provinces that allow it as long as specific VLT requirements are met.

It isn’t your average windshield protector, rather than being similar to window tint, our film installs and performs similarly to a clear bra on paint. It’s optically clear while also providing hydrophobic and UV protection and shock absorption from impacts on the glass to prevent chips and pitting. It also can “self-heal” from micro-scratches, similar to how a clear bra can.

ADAS cameras mounted on the windshield are essential for car safety systems. After replacing a windscreen, calibration is always required. The term ADAS refers to a collection of technological enhancements found in many modern vehicles. These technologies are designed to enhance and improve the safety of both the driver and the car. Modern windscreens frequently include Advanced Driver Assistance Systems. As a result of these advancements, special procedures must be followed when installing a new windscreen on many modern vehicles.

Our customers can rest assured that we use the most advanced calibration technology available, ensuring that all vehicle makes and models are covered.

Get a Free Appointment